You are here: Home › Talks

Sadly the passing of Ingenious Ireland founder Mary Mulvihill in 2015 means that we no longer offer talks.

Here’s the fascinating story of the night in 1681 when Dublin doctor Allen Mullen dissected an elephant. It’s Mary’s talk for Ignite Dublin 8 on YouTube

The Ingenious Irish: great Irish innovators whose ideas have substituted the modern world.  For the Institute of Engineering & Technology, May 2013.  View the slideshare here.

The Ingenious Irish: great Irish scientists and engineers whose ideas changed the world, at EC’s JRC Institute in Belgium for the Irish EU presidency 2013. 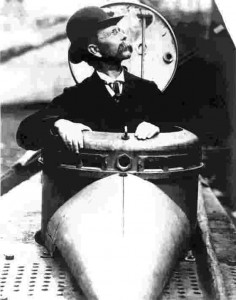 One of the ingenious Irish: John Philip Holland invented the modern submarine.

Drive like a Woman, Shop like a Man: science-based tips for saving time and money. Science Week, Dublin libraries

The Many Inventions of the Ingenious Irish: Science Week, Museum of Country Life, National Museum of Ireland

The priest, the turkey and the giant battery: the ingenious Rev Nicholas Callan. Dublin Probus